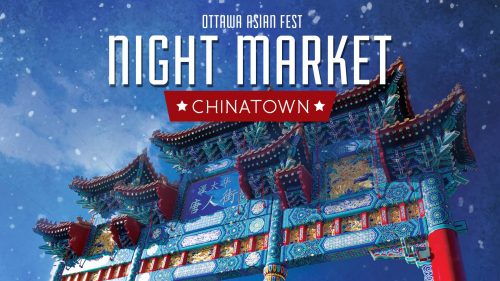 With the beautiful Chinatown Royal Arch as the backdrop, all of our best food vendors from across Ontario were back including Night Market favourites such as Hong Kong Bubble Waffles, Twisted Potato chips, Squid on a stick and CHATIME Bubble Tea!

Somerset Street West between Bronson and Arthur was closed to traffic for: 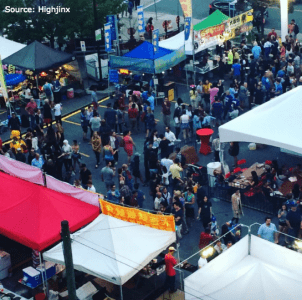 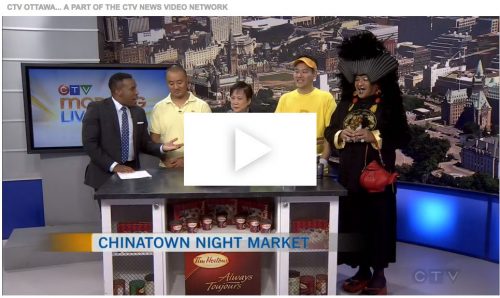 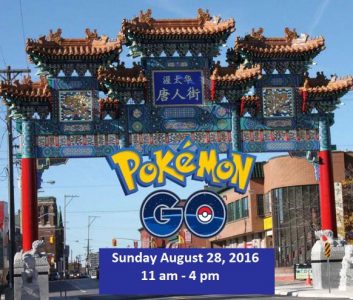 Pokémon GO fans were in for a treat: Lures were set from 11 a.m. to 4 p.m. at the Chinatown Arch.

The crowds enjoyed the food and drink in our restaurants and cafés.

“Remember to be alert at all times. Stay aware of your surroundings.” Pokémon GO 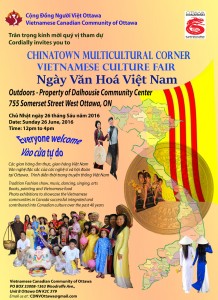 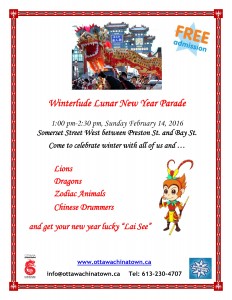 On Somerset Street from Preston Street to Bay Street

The Chinese Lion Dance goes back over one thousand years. The first record of the performance of an early form of the lion dance dates to the early Qing and Han Dynasties (Third century B.C.).

At the beginning of the lunar New Year in Chinatown, lion dance groups tour from business to business to bring good fortune and to ward off evil spirits.

Come to experience the tradition, hear the fire crackers, and get your New Year good fortune by following the lion dance parade in the Ottawa Chinatown – a multicultural village with an Asian flavour! To celebrate Winterlude in Chinatown, all the zodiacs will come to join the lion dance this year! You would not want to miss this extravaganza!